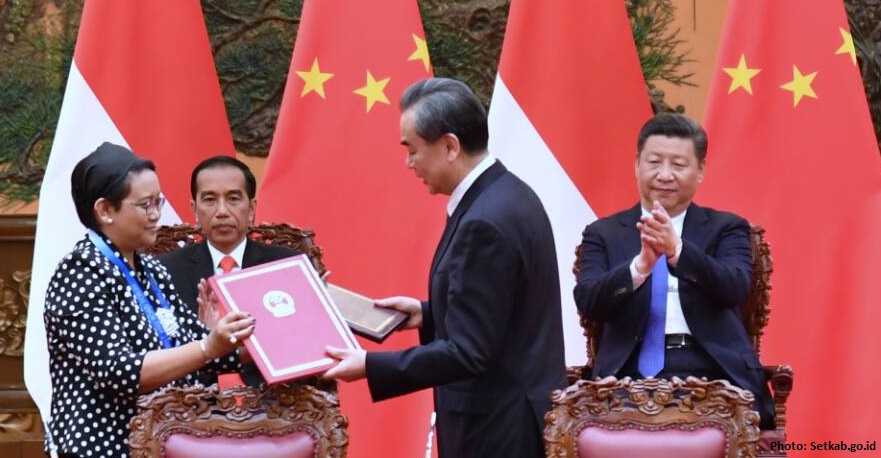 JAKARTA - Indonesian President Joko Widodo (Jokowi) together with The President of Chinese People's Republic Xi Jinping witnessed the signing of a joint infrastructure project cooperation on the sidelines of the Belt and Road Forum International Summit in Beijing. In the bilateral meeting, President Jokowi reiterated his desire to strengthen cooperation with China in the infrastructure sector.

President Jokowi also revealed that the high conference of Belt and Road Forum could be a momentum for the cooperation of China and Indonesia in the context of One Belt One Road (OBOR). As reported from setkab.go.id (17/5/2017), he said, "I believe that Belt and Road initiatives will further strengthen economic relations between the two countries, especially as Indonesia has a focus on infrastructure development, connectivity and maritime axis.

At the meeting that took place at the Great Hall of the People Building, President Jokowi and President Xi Jinping witnessed the signing of a cooperation document which is the implementation of Indonesia-China comprehensive strategic partnership in 2017-2021. The signing conducted by Indonesia Foreign Minister Retno Marsudi with China Foreign Minister Wang Yi.

In addition, the signing of the second cooperation document of China Economic and Technical Cooperation signed by the Minister of National Development Planning (Bappenas / Head of Bappenas) Bambang Brodjonegoro with the Minister of Commerce of China Zhong Shan.