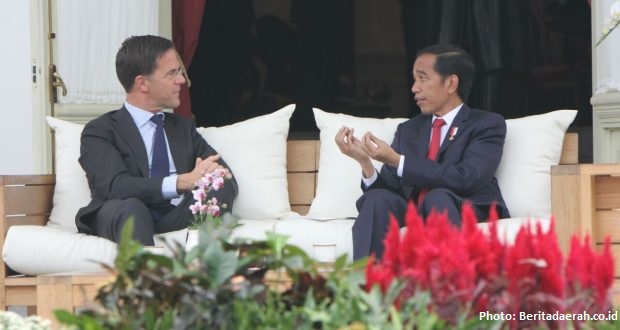 JAKARTA - President of the Republic of Indonesia Joko Widodo (Jokowi) led the Indonesia government delegation at the bilateral meeting with the Dutch government delegation led by Prime Minister Mark Rutte at the State Palace on Wednesday afternoon (11/23/2016). The meeting discussed a wide range of cooperation, including maritime infrastructure development.

"The bilateral meeting discusses a lot of things about economic cooperation with a focus on trade, investment, water management and maritime infrastructure development," said President Jokowi as reported from Setkab.go.id.

The issue of water management and maritime infrastructure development has been discussed as a priority in bilateral cooperation of both countries. "We are committed to continuing cooperation in these two fields, including the construction of the port of Kuala Tanjung," explained President Jokowi.

"President Widodo and I look forward to improving our relationship. That's why I came here to bring many government delegations, representations of Nolan Institute, the Dutch business people from the sector of water management and marine, climate management, waste management, health, and agriculture," said Rutte.