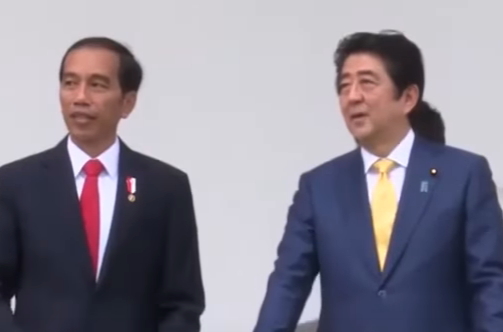 JAKARTA - The meeting between the President of the Republic of Indonesia Joko Widodo and Japanese Prime Minister Shinzo Abe at the Bogor Palace produces a variety of important economic agreements, one of which is the financing of infrastructure projects in Indonesia. All three major infrastructure projects that will be financed by the Japanese is Patimban Port development in Subang, West Java, Masela block development in Arafuru sea and railway projects Jakarta-Surabaya.

"I and Abe had discussed the new situation of the world in a closed meeting earlier. And, for Indonesia, Japan is a strategic partner in various fields, especially in economy, trade, and investment. We agreed to boost economic cooperation, including the Port Patimban plan, "said President Joko Widodo, as reported from Suaramerdeka.com today (01/16/2017).

Patimban Port development according to the plan will use a soft loan from the Government of Japan through the Japan International Cooperation Agency (JICA). The existence of the port is expected to be integrated with the main port of Tanjung Priok to improve the efficiency of logistics distribution in Indonesia. Other projects in the form of the cooperation plan are the development of integrated fishery centers in the outer islands of Indonesia.

During the meeting, President Jokowi also asked for some things in Japan, First, that Japan could open up access to agricultural and fishery products Indonesia. Second, review the double taxation treaty. All three improve access and capacity of nursing Indonesia in order to meet the market in Japan. Other demand is the commencement of the general review Japan Economic Partnership Agreement this year.

"Next is also Indonesia asked Japan to be considering a plan air connectivity with the opening of Garuda flight from Jakarta-LA via Tokyo," said the President.