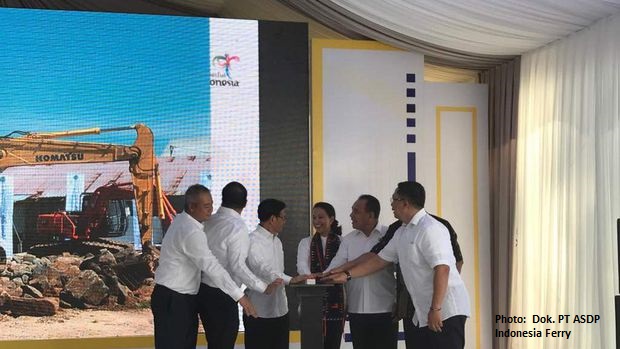 ASDP investment will be utilised for the development of the commercial area which consists of marina port, dock crossings facility improvement, and hotel. These project development has conducted the groundbreaking in April 2017 and targeted to fully operate by December 2018.

"This year is the time for commercial side acceleration. We hope that ASDP can play a larger role for the country, build connectivity without being dependent on the government, and can further promote national tourism by world standards. Therefore, we want to develop Labuan Bajo," said the President Director of PT ASDP Indonesia Ferry (Persero) Faik Fahmi in his statement on the press release.

Faik Fahmi explained that along with the development of the commercial area and tourism sector in Labuan Bajo, the construction of the hotel project is planned on an area of 8,000 square meters with total 180 rooms. Labuan Bajo has been established by President Jokowi's administration as one of Top 10 Tourist Destination with Lake Toba, Raja Ampat, Wakatobi and others.

Data mention, the number of tourists to Labuan Bajo reached 95,410 tourists (data 2015). Of these, as many as 80 percents of foreign tourists with arrivals growth reached 18,3 percent per year.