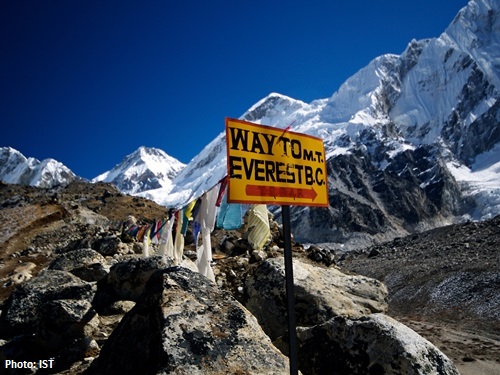 JAKARTA - The appeal of Mount Everest as one of the world's highest peak point had never faded. To pamper tourists and hikers as well as dredge more revenue in tourism, the Chinese government tried to build the best tourism infrastructure in the Everest that is part of its territory.

Everest summit is located in the Himalayas mountain, located on the border of Nepal and Tibet. In order to accommodate the tourists and climbers, the Chinese government plans to invest in building hotels, museums, and a variety of shops selling mountain climbing equipment with funds amounting to US$ 20,4 million.

As reported from News.com.au and Tempo.co (01/03/2017), tourism infrastructure development plan will commence in 2017 and is targeted for completion by 2019. The development will also be adding some medical facility and helipad so that the helicopter can more easily rescue the injured climber because of landslides or snow storm.

Besides China, the Tibetans also build new infrastructure to boost the economy. This infrastructure development as well as increase income for poor areas around Everest.

The project is also good for stability because there are also tourists coming from China to the Everest region. The facilities will increasingly attract the attention of tourists in the world to visit and explore the Everest.