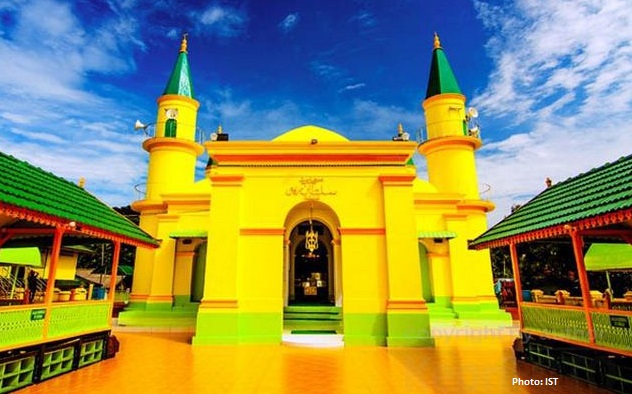 TANJUNGPINANG - The central government provides a special allocation budget of Rp 2,8 billion to improve the basic infrastructure in the Penyengat Island, Tanjungpinang, Riau Islands, Indonesia. The improvements will be implemented in 2017 to boost tourism in the Riau Islands.

It is expressed directly by Raja Kholidin as PLT of Department of Tourism and Culture Tanjungpinang. "The funds for road repairs, garden lights and toilets on the Penyengat Island," he said as reported from antarakepri.com (17/04/2017).

Penyengat Island which has traditional palace complex has been nominated to be one of UNESCO's World Heritage Site since October 19, 1995. The basic facilities which built or repaired are expected to attract more visitors to the island.

Raja Kholidin said local and central government attention towards Penyengat Island is increasing. The basic facilities which built or repaired are expected to attract more visitors to the Penyengat Island.

"Penyengat Island began widely known. We hope that the island is increasingly attracted the attention of domestic and international travellers," he added.